Home › News › Another “bribe taker” was caught directly at Bankova

Another “bribe taker” was caught directly at Bankova

– Judging by what they saw, just a certain official was taken from the President’s Administration (the courtyard between the houses of Bankova 1 and 3) to receive a bribe, documentation takes place. The prosecutor’s office of the Kiev region works. 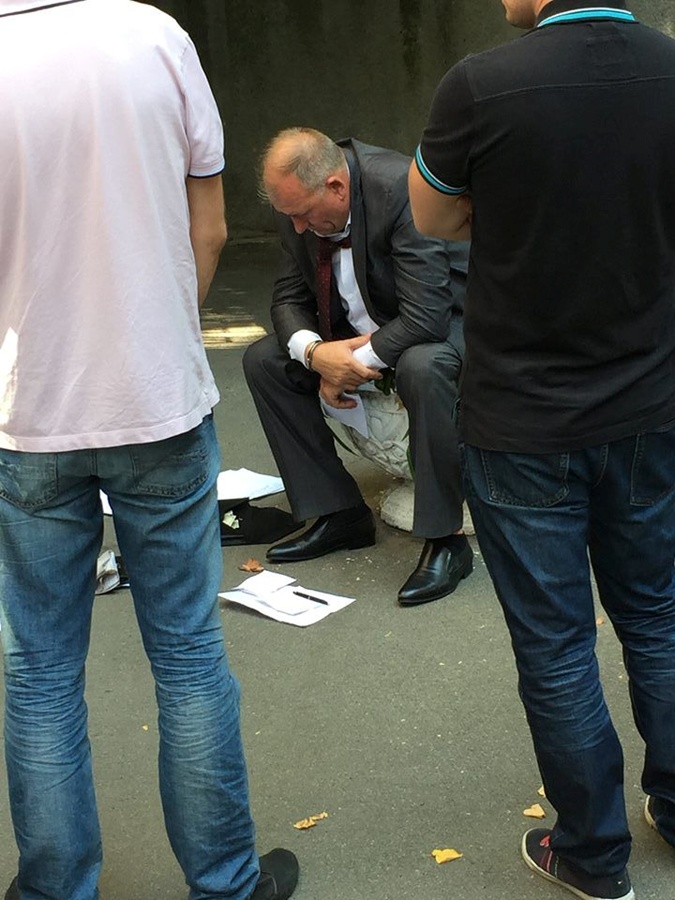 The official was “taken” from the President’s Administration (the yard between the houses of Bankova 1 and 3).
On one of the photos there are banknotes of 100 euros (false, on the back it is written “souvenir”) and in the folder are real 30 thousand dollars. The investigator proceeded to recount the dollars of the notes. Like the name of this person Nikolai Vladimirovich Ilnitsky, “Pavel Rizanenko said in his Facebook.

Rizanenko attached to his post photos, which shows a group of people in the center of which a drooping old man in a business suit. Near him lie a briefcase and money.

As it turned out, the deal was offered at the end of August to the minister of Themis, who had a five-year term of office. This “CP” in Ukraine “was told in the press service of the Prosecutor’s Office of the Kiev region.

For monetary compensation, the judge was promised a positive recommendation of the Supreme Qualification Commission of Judges and the decision of the Verkhovna Rada of Ukraine to elect perpetually. Another $ 500 judge should be given for speeding up the receipt of a positive conclusion of the special test, which is conducted by the SBU.

A special operation to detain was carried out by the prosecutor’s office together with the SBU. Criminal proceedings are open under part 4 of Art. 190 of the Criminal Code – fraud.