Home › News › Attacks on activists: who launched the plan of destabilization of Ukraine and how this threatens each of us

Attacks on activists: who launched the plan of destabilization of Ukraine and how this threatens each of us

Five attacks on anti-corruption activists in five days and six victims. Vitaly Oleshko in Berdyansk and Sergei Sych in Sumy were shot at point-blank range and died on the spot. Vitaly Chernyavsky in Kamenskoye is blown up in his car and doctors fight for his life. In Katerina Gandzyuk from Kherson, 35% of the skin is affected by concentrated sulfuric acid, which was poured on her by the attacker. The life of the Odessa citizens Mikhail Kuzakon and Grigory Kozma was saved by their car, which absorbed the impact of a ramming truck and saved its passengers.

There is a great temptation to write off a wave of terror against public activists on Putin or some secret forces, which was done by Prosecutor General Yuriy Lutsenko, stating that “the plan to destabilize southern Ukraine has been launched.”

But only if this plan is there, the victims among the activists are much larger and we see not the wave of “destabilization”, but only foam at its top. If we look at the actual number of victims – we can easily determine the nature of this wave and the causes of its occurrence.

Katerina Gandzyuk in Kherson, an unknown person poured a concentrated sulfuric acid. Despite the severe chemical burn and stuff that you can not buy in every store, despite the fact that Katerina was tracked and a long ambush on her – the police qualify the case as banal hooliganism. Only under the pressure of public opinion, she is forced to replace hooliganism with an attempt to deliberate murder with particular cruelty. 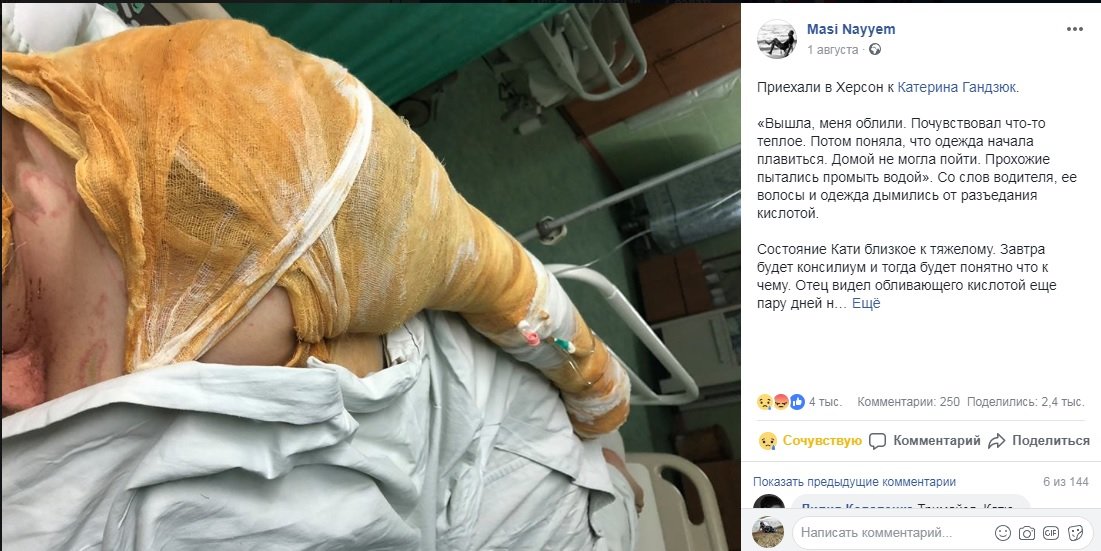 But Katerina is not the first victim of an attack in Kherson! On June 18, 2018, a well-known local journalist Sergei Nikitenko was beaten there. 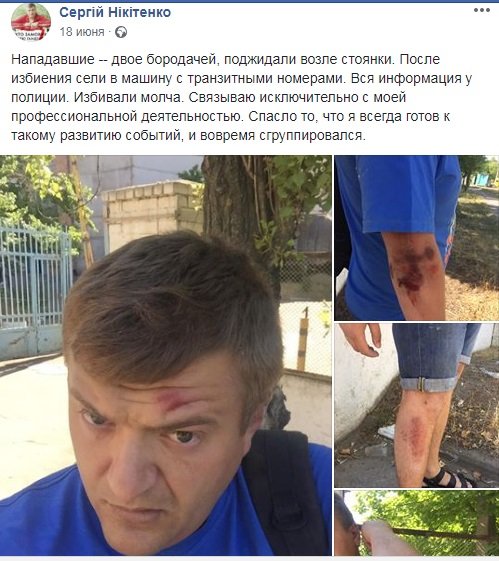 Nikitenko is an activist of the movement “Honestly” and one of the main engines of civil activity in Kherson. Sergei is systematically fighting with local corrupt officials for several years. As in the case of Katerina, the attack was not accidental – Sergei was waiting for two. On the same day it became known that the attackers are the same people who on June 5, 2018, beat the head of the Odessa “Avtomaydan” Vitaly Ustimenko. 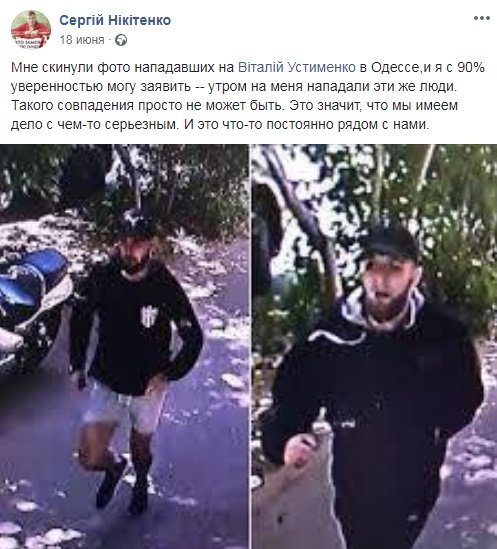 Injuries to Ustimenko are a thready thigh injury and a broken head, accompanied by heavy bleeding. The attackers tried to strike a blow to the kidney area and this did not happen just because of the resistance Vitali gave. The Odessa police qualified the attack as a domestic conflict. But then you’ll have to believe that two weeks later these same intruders accidentally attacked Sergei Ustimenko in Kherson. Are you ready for this? 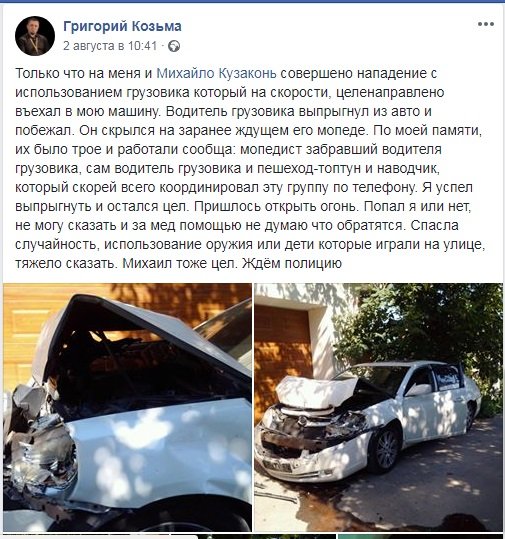 The most recent attempt to assassinate anti-corruption activists in Odessa is a truck that was supposed to crush two activists who got into their car. The victims, Mikhail Kuzakon and Grigory Kozma, even take offense when they are reckoned among the activists, because they are not just “against” corruption, they file lawsuits in the courts and force them to register cases of another seizure of the ground where the police try not to pay attention to it. Mikhail and Gregory are fighting a real war against the mayor of Odessa Gennady Trukhanov and the “master of the city.”

The current attacks on activists in Odessa are just the beginning of a long tangle. In September 2017, local activist Georgy Barilenko, unidentified persons shot a belly from a traumatic pistol. The shot was fired almost at point blank range, the bullet stuck in the muscles of the press, since George is well trained. 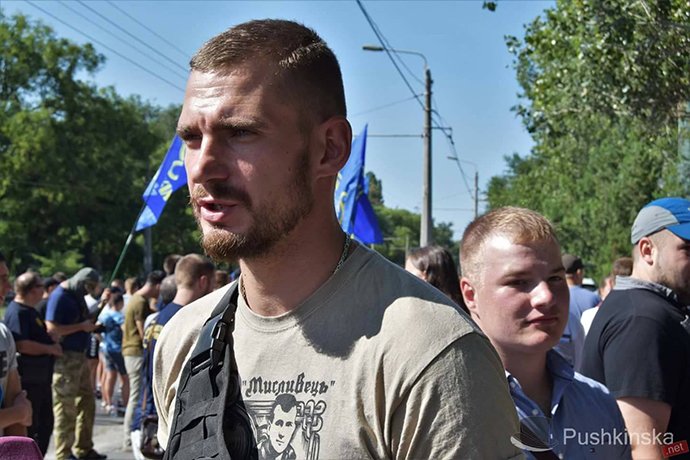 In addition to the shot at point-blank range, the attackers beat him. A few days before, George organized a protest against the building of the park with new high-rise buildings. The police did not find the culprits, but did not look much. According to the police, all protests against illegal buildings are financed by the opponents of the city authorities, and if so, then it is not necessary to seek and let them understand. 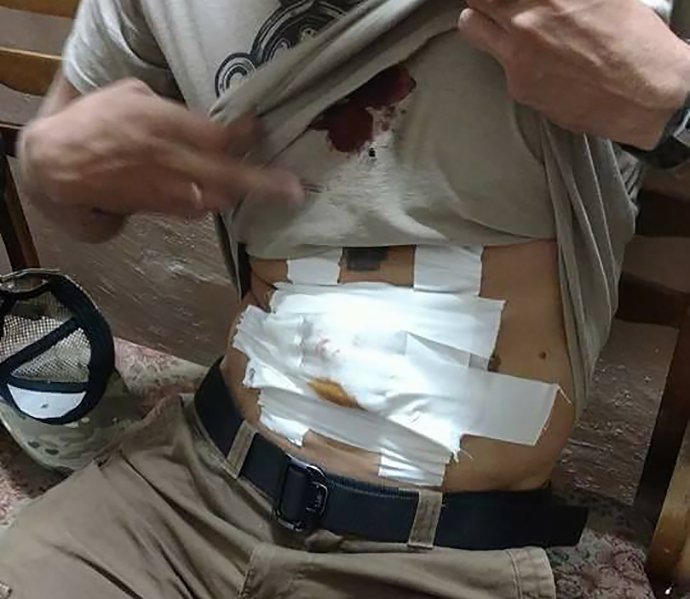 In the summer of 2017, an attack on activist Svetlana Podpalyu occurred in Odessa. She is a member of the group investigating the events of May 2 in Odessa, actively prevented the demolition of Odessa’s architectural sights, prevented the seizure of the coastline. 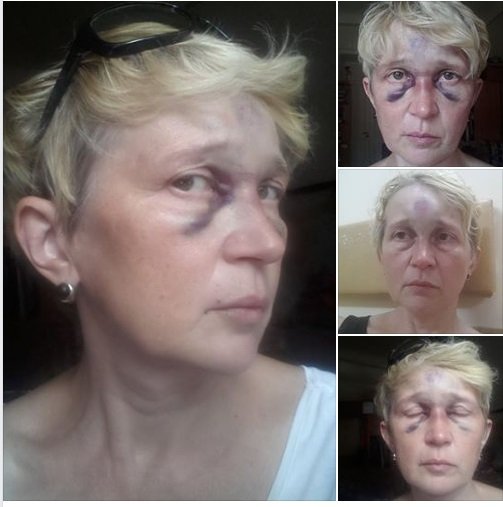 Two men attacked Svetlana in broad daylight. One was sitting on the rudder of a moped to take the attacker who had beaten the activist. The police detained the attacker, but wrote off all the hooliganism: allegedly, the assailant “confused Svetlana with another woman who did not pay it off with her work.” The police never found out who Svetlana was like, but she accepted the attacker’s explanation on faith and did not have to give out the customer.

On the same days, when in Odessa attacked activists, in Kharkov in broad daylight attacked Dmitry Bulakh, head of the city anti-corruption center. Dmitry investigated the seizures of the land, which were conducted by people closely associated with the mayor of the city Gennady Kernes. The anticorruption center of Kharkov investigated the theft of budgetary funds in numerous city and regional infrastructure projects. The investigation established that Dmitri was being followed, he was tried to catch him in a deserted place. He was struck by a skull, ribs were broken, and only the passers-by appeared rescued him from the attackers, whom the police never found.

Three weeks later, there was an attack by Yevgeny Lisichkin, Dmitry’s colleague on the Kharkov Anti-Corruption Center. CCTV cameras recorded how the attackers were waiting for Eugene at his house. Was installed and car criminals. The police detained them and believed that Lisichkin himself had ordered an attack on himself. There was no evidence of this version, except for the words of the attackers, but the police are so trusting! 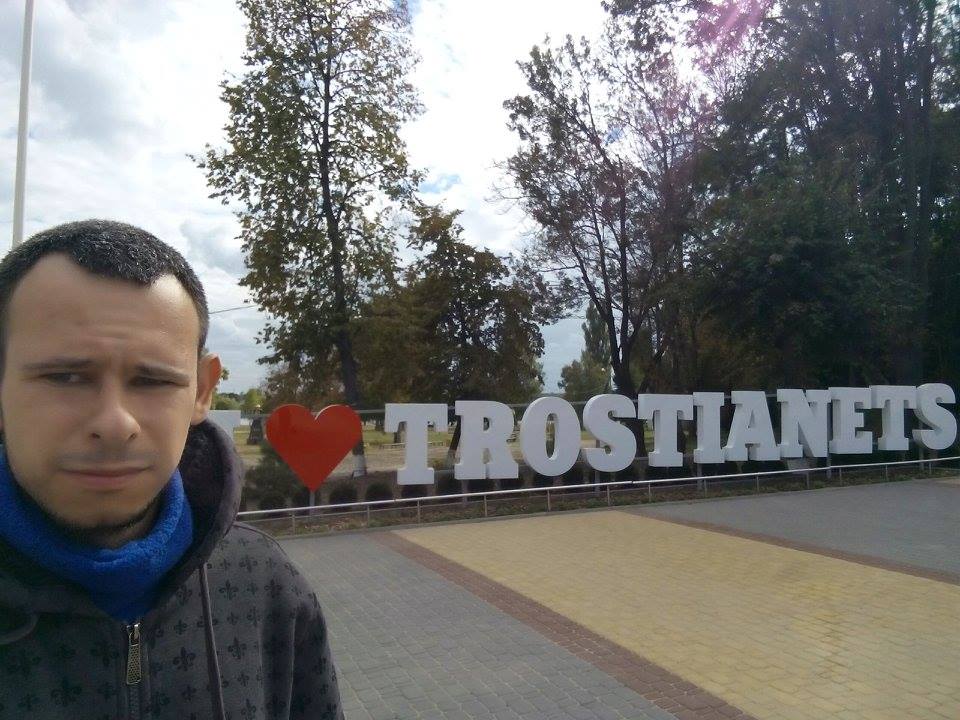 At the same days of the year, journalist Bogdan Novak was attacked in Vinnitsa. Residents of one of the districts of the city went to protest against the construction of a cemetery in front of them directly in front of a residential area and they were attacked by titles. Bogdan filmed the events, removed the attackers. There were many police officers around. Right before them, Bogdan was broken by a nose. But the police did not interfere, although he showed the journalist’s identity and showed who did not attack him.

There is a great temptation to write off a wave of terror against activist activists on Putin, on secret forces connected with Russian special services. That’s just who is behind the Ukrainian police, who systematically failed to investigate the previous attacks?

The theory of “broken windows”, which was repeatedly tested in different countries and on different continents, says that in areas where broken windows are immediately repaired – windows are beaten at times less often. Where the police quickly investigates crimes and criminals receive a well-deserved punishment – there are fewer who wish to commit unlawful acts. In other words, it is purely where they clean, and not vice versa.

Disregard for investigating attacks on journalists and activists has lowered the bar of responsibility for such crimes. As a result – a new wave of violence, which went far beyond the southern Ukraine. With all due respect to Yuri Lutsenko, Sumy and Kamenskoye are not the south of Ukraine. Means responsibility should be borne by those who mediocrely merged the previous cases, leaving the “broken windows” as a reward for the criminals.

The information is taken from: https://dengi.informator.ua/2018/08/08/napadeniya-na-aktivistov-kto-zapustil-plan-destabilizatsii-ukrainy-i-chem-eto-grozit-kazhdomu-iz-nas/