Home › News › Council of Europe on prisons of Ukraine: “Terrible and humiliating”

Council of Europe on prisons of Ukraine: “Terrible and humiliating” 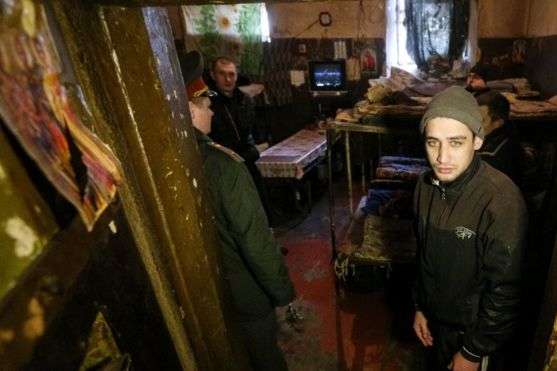 Almost in all Ukrainian prisons visited by the mission of the Council of Europe Committee, there is still violence among prisoners

The Council of Europe calls on the Ukrainian authorities to take immediate measures to change the situation in prisons. This is stated in the current report of the European Committee for the Prevention of Torture and Inhuman or Degrading Treatment or Punishment, BBC reports.

The document was prepared following the visit of the mission of the committee, which took place in December 2017. They note that most of the institutions visited were struck by “bad, and sometimes even terrible conditions.” Especially in Kiev and Lviv.

“The situation in the Kyiv SIZO deteriorated after the previous visit in 2016. After all, it is now crowded, and the conditions here can be regarded as inhuman and degrading, “the report says. Almost all of the prisons visited still have violence among prisoners, they add to the committee.

According to the mission, this may be the result of a very small number of prison staff. Therefore, the committee is called upon to increase the number of personnel, provide quality training, improve working conditions and increase salaries in order to reduce the level of corruption. Also, the committee criticized the level of medical services in such institutions. The mission complained about problems with confidentiality, bad and sometimes “unhygienic” treatment conditions. However, the committee noted some improvements.

In particular, according to the report, there has been less ill-treatment of detainees by law enforcement officers, although complaints of this have been received so far. In psychiatric and social institutions, the delegation did not find “plausible evidence of ill-treatment”, but there were complaints of “verbal humiliation.”

Also, the committee urged the authorities to improve the overall system of custody in institutions of psychiatric and social assistance.

The information is taken from: https://glavcom.ua/en/news/sovet-evropy-o-tyurmah-ukrainy-uzhasno-i-unizitelno-525548.html