“Eagle Lutsenko” Dmitry Petrov: in 34 years to earn a million dollars on houses and cars 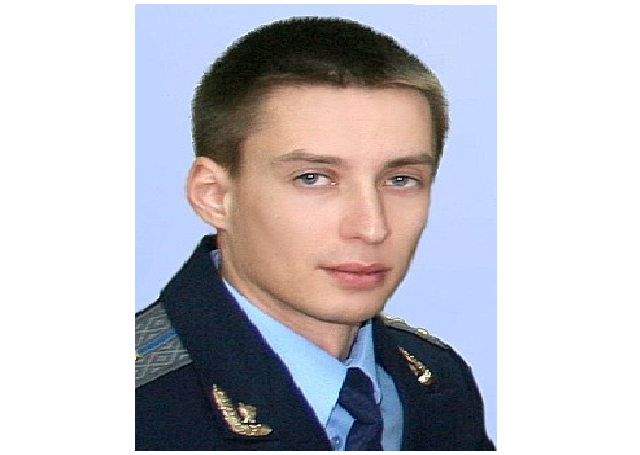 In recent years, among the employees of the General Prosecutor’s office we meet more and more young people. However, it is sufficient to reform such a body, only the reduction in the average age of its employees?
Because, unfortunately, some young employees fairly quickly take their cue from the old prosecutorial staff. We decided to take a closer look at the young prosecutors who can boast a rather quick career growth and changes in the property Declaration.
Meet 33-year-old Deputy head of Department international legal cooperation and European integration of the GPU – Dmitry V. Petrov. In the Prosecutor’s office Dmitry Petrov begins to work immediately after graduating from the National Academy of prosecution at the age of 22 years as the assistant to the Prosecutor of Chernivtsi region. Later Dmitry V. Deputy Prosecutor of the Novgorod-Seversky district. In 2011, the Prosecutor General of Ukraine Dmitry Petrov is appointed the Prosecutor of Koryukovka of the district. After the revolution of Dignity Dmitry Petrov goes to the Prosecutor General.
As you can see, a young attorney of a day not engaged in business and began to build a career in the Prosecutor’s office immediately after graduation.
After analyzing the Declaration of Dmitry Petrov for 2015 and 2016, we see that the main income is the salary of an employee of the GPU. However, in 2015, Dmitry Petrov also received significant income from the sale of immovable and movable property. A small income from the sale of property Dmitry V. also received in 2016. 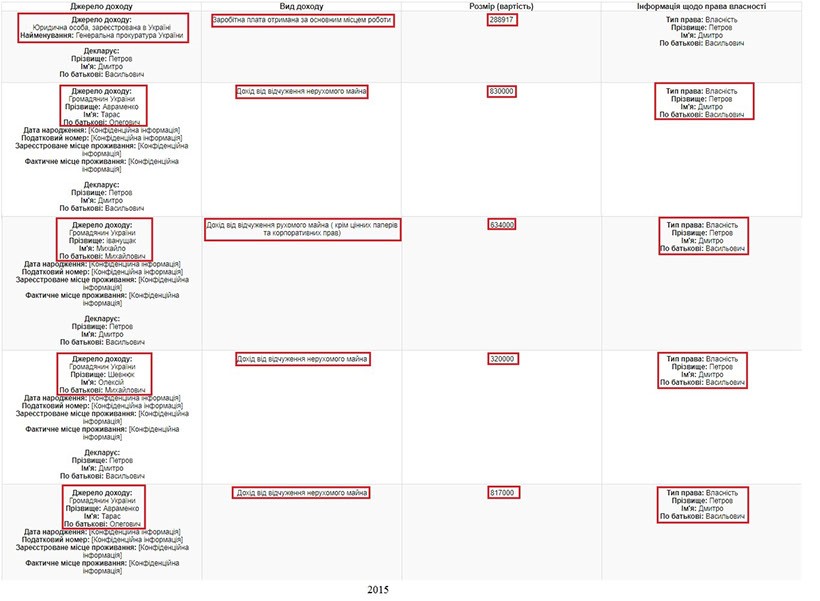 Of a public register of rights to real estate we know that in 2015, the Prosecutor Petrov sold 2 apartments, one in the Pechersk district of the capital with an area of 44 sq m and the other in his hometown of cherry for the Prosecutor with an area of 65 sq. m. Regarding the sale of movable property, they became a Toyota Prado 2012 model year.
Not having the ability to see primary origin sold by the attorney of the property, focus on which was in the ownership of Dmitry Petrov.
According to the Declaration, was Dmitry Petrov in the apartment of 80 square meters in Kyiv, which belongs to Olga Zakrevskaya. Please note that declared this property as a place of registration, and not charged.

In 2015, Dmitry Petrov declares the purchase of two plots of land at a very attractive price. In the same year appear in the Declaration and 2 unfinished house area is 152 and 279 sq m in the village Hodoseevka, Kyiv region. From the registry of rights to immovable property, we find that another plot of land in the village of Khodosivka Dmitry Petrov purchased in 2016, but in the Declaration of the acquisition costs of the 3rd phase we do not find. 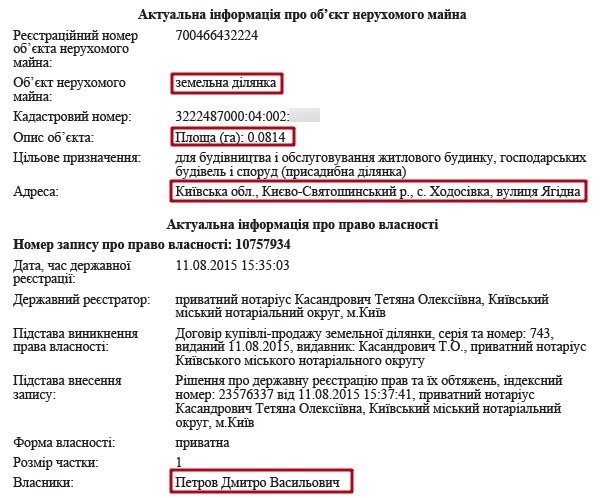 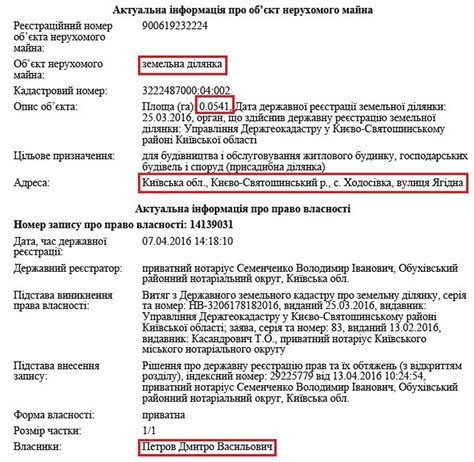 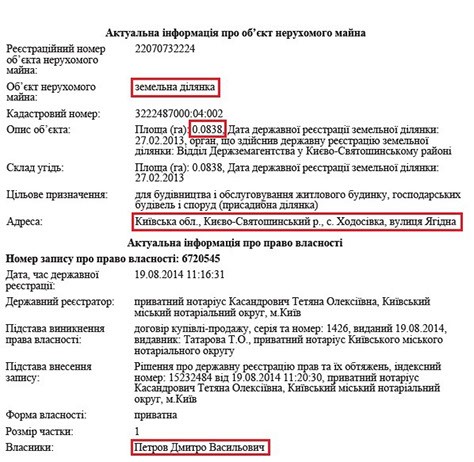 We went to the construction site and saw how to look like the future home of the Prosecutor: 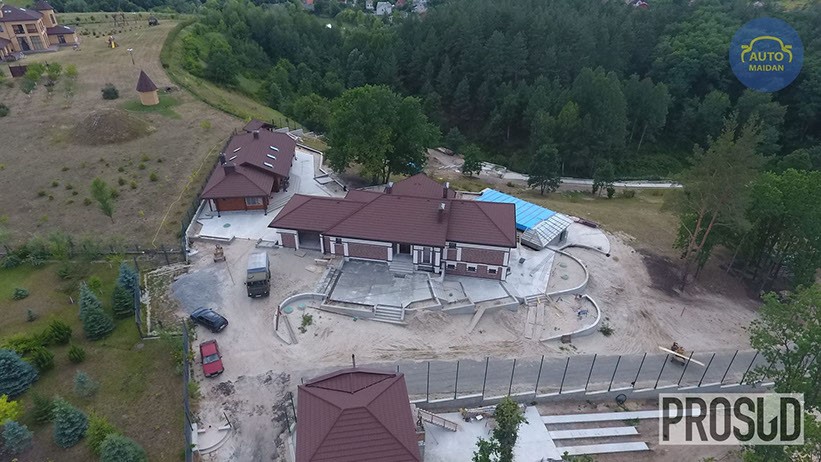 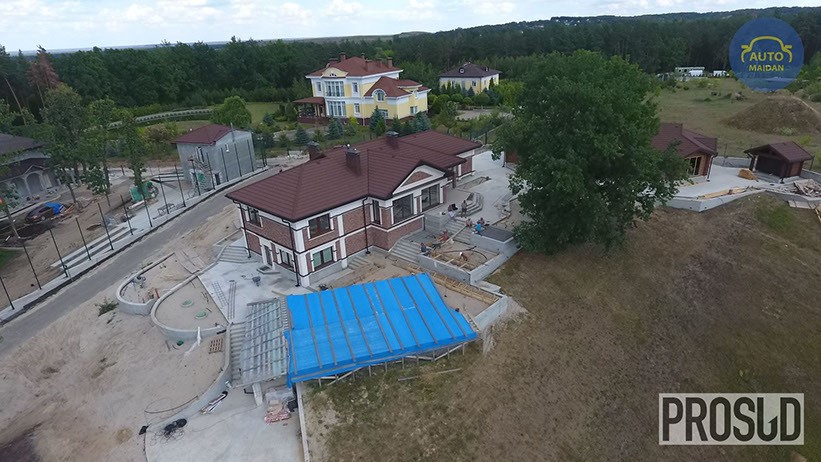 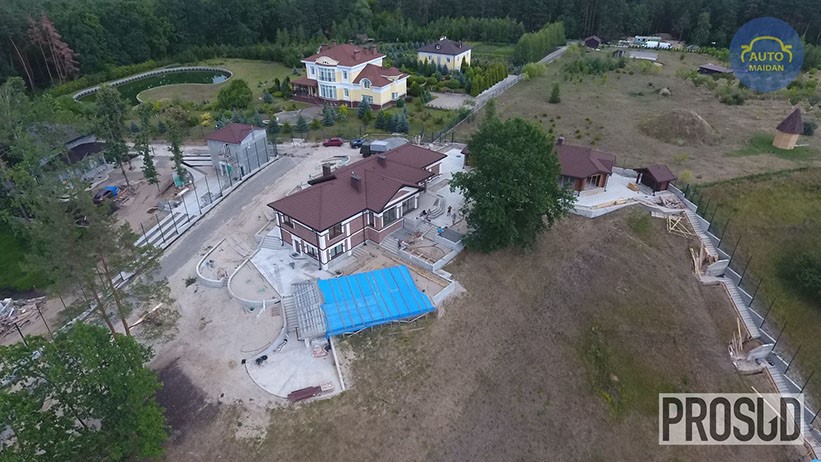 As you can see, the house really being completed. So very soon the young attorney will be able to move here. That’s just where the money for such a mansion, 33-year-old Dmitry Petrov is unknown, given that no active construction or quite modest wages do not prevent Dmitri Petrov to purchase an expensive property. So, in 2016, Dmitry Petrov purchased a new Toyota Corolla 2016 model year, motorvations and trailer. 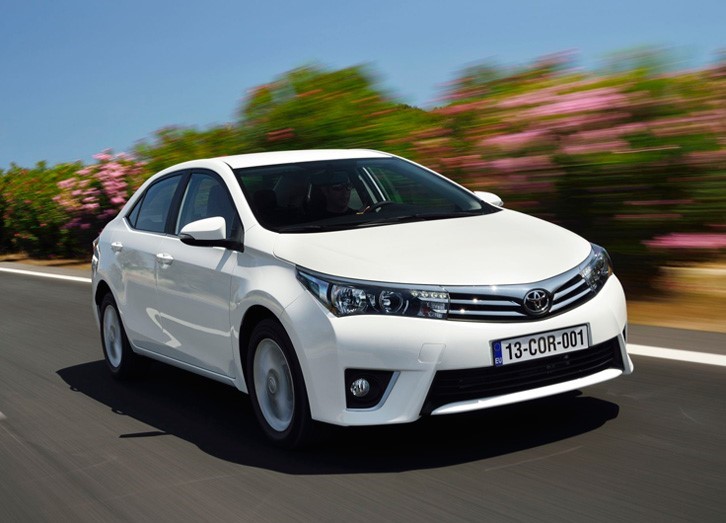 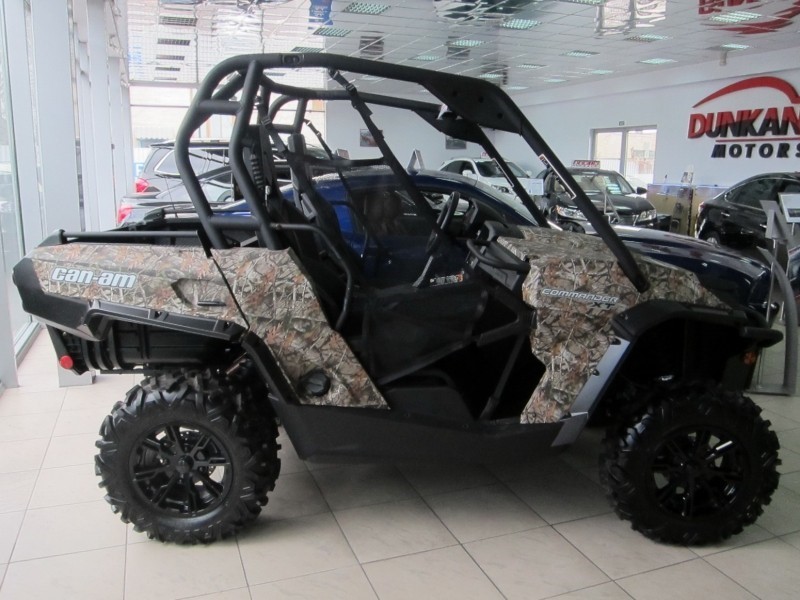 Even the declared purchase price of the property twice the income of Dmitri Petrov received in 2016.
In addition, the ownership of a young Prosecutor is purchased in 2013, BRP GTI 130 jet ski 2013 model year and two trailers.

The representative of the Prosecutor General also manages a good save. Declared cash from Dmitry Petrov — 134 thousand.

As you can see, a young attorney Dmitry Petrov, apparently, has already managed to learn from their older colleagues useful skills, namely: as the Prosecutor’s wages to conduct a large-scale construction near Kiev, and at the same time, to buy luxury cars, watercrafts, MOTOVARIO and cool down to save money. Well, we will continue to follow the young Prodigy and his career in the attorney General.