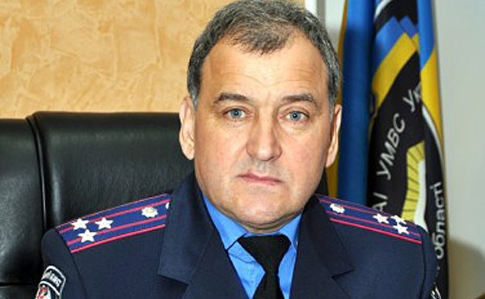 The court found guilty of bribery of ex-head of the State Automobile Inspection in the Poltava region Peter Blazhivsky and sentenced him to 7 years in prison with confiscation of all property.
The court passed without the defendant, since, according to the SBU, he is hiding from relatives in the Crimea, they are reporting “Our money” referring to the verdict of the Oktyabrsky district court of Poltava on November 20.
According to the materials of the court, in 2014 Blazhivsky demanded from his subordinates to pay him from $ 1,000 to $ 4,000 a month “for favorably treating them during his service in the traffic police units and the opportunity to continue working in his positions.”
According to witnesses, the amount of bribes depended on the number of people living in the service area of ​​a particular unit.
Blazhivsky was detained at the end of December 2014 at the hospital ward when he received a thousand dollars from one of his subordinates through an intermediary. The portfolio of money Blazhivsky threw through the window. The series and numbers found in the portfolio of dollars coincided with those that were issued by law enforcers for transfer as a bribe.
The investigation brought in court four episodes of receiving Blazhivsky bribes for a total of $ 10,500.
In particular, the court heard the former head of the Center for the provision of services related to the use of vehicles for servicing the city of Mirgorod, Mirgorod, Velikobagachansky, Shishatsky districts of Poltava. 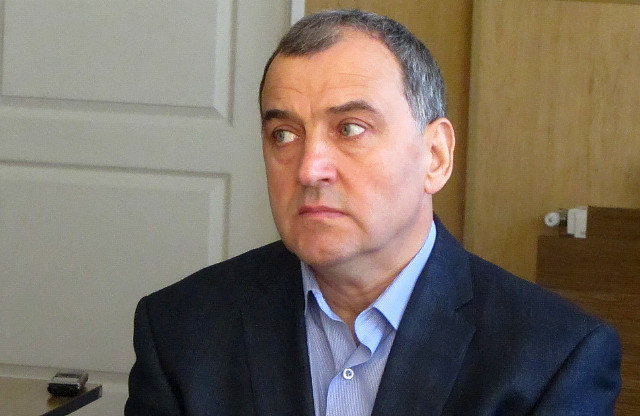 The witness said that immediately after the appointment, Blazhivsky gathered all the chiefs of the MREO, who one by one went into his office, and he wrote on paper the amount that must be paid to remain in office, as well as the amount of monthly bribes.
From him, Blazhivsky demanded $ 5,000 for keeping the position and $ 1,5 thousand monthly, and in case of non-payment he threatened with checks and subsequent dismissal.
According to the witness, at first he did not pay money, and as a result he faced problems at work, constant checks and threats of dismissal. Then he paid $ 1500, after which Blazhivsky wrote on a sheet of paper that he owed another $ 5000 for the post and $ 6000 for 4-5 months of work. After payment of money checks have stopped.
The witness noted that Blazhivsky refused to take hryvnia, demanding dollars.
In turn, the former deputy Blazhivsky in court said that he extorted from him, and then received $ 4,000 for the opportunity to continue working in his position.
Similar indications of extortion and the receipt of Blazhivsky bribes were given by several of his former subordinates. One of them in February 2015 was sentenced to a suspended sentence for bribery.
The court noted that the testimony of these witnesses is confirmed by investigative experiments, audio and video surveillance protocols, telephone conversations and the like.

Peter Blazhivsky
The court records state that by the end of November 2015 Blazhivsky had systematically participated in court hearings. He refused to testify, saying that he would announce them at the end of the case. However, then disappeared, and in December 2015 was declared a federal wanted list.
Contributed by Blazhivsky’s relatives a pledge of 9.99 million UAH in March 2016 was converted into state revenue.
UAS in the Poltava region, which was engaged in its search, found that the ex-officer is hiding from his close relatives in Sevastopol and Dzhankoy.
The court also notes that on the eve of the disappearance of Blazhivsky his brother, who lives in Dzhankoy, came to Poltava. Subsequently, he informed the police about the abduction of his brother Peter, but the investigators did not find any evidence of this and the case was closed.
After that, Blazhivsky’s brother returned to the Crimea. He has several apartments in Sevastopol and a house and business in Dzhankoy.
Himself Peter Blazhivsky from 1989 to 2002 he served in the internal affairs bodies in various units of the UGAI of the Ukrainian Ministry of Internal Affairs in the Autonomous Republic of Crimea.
All this, according to the court, is evidence in favor of the fact that Blazhivsky is hiding in the Crimea. Consequently, the court concluded that he had every reason to complete the proceedings in a special judicial proceeding (in absentia) – in the absence of the accused, but with the obligatory participation of his counsel.
As a result, the court found Blazhivsky guilty of bribery and sentenced him to 7 years in prison with confiscation of all property.
He is also deprived of the special rank of “colonel of militia” and is forbidden to hold office in government bodies for 3 years, connected with the implementation of organizational, administrative and administrative duties.
Among other things, the court confiscated several gold bars, 38,000 dollars, 6,870 euros, almost 959,000 hryvnia, which were confiscated during the search of Blazhivsky’s apartment.
The verdict has not yet entered into force, since the terms of the appeal appeal have not yet come up.
Two brothers Peter Blazhivsky also worked in the traffic police. Thus, Marian Blazhivsky was at the head of the UGAI of the Dnepropetrovsk region, and Ivan Blazhivsky was the head of the GAI of Sevastopol.