The head of the committee on the disabled yacht per day to spend on food more than 60 senior citizens homes in the past month
In 2016, average pension in Ukraine is 1700 UAH. This is not something that is not enough for the minimum livelihood – is almost twice less than a certain level of government the minimum wage, which in fact is an indicator of a living wage – 3200 UAH. per month. At this time, the MPs are quite cheeky way of life, which recently released electronic declarations – just the tip of the iceberg.
An indication of the status of any self-respecting officer in a managerial position or even mediocre oligarch is a private yacht. People of lower class instead of buying these boats rent on his many cruises on the seas.
One of these cruises in the Côte d’Azur in August 2016 entered into yacht MarinaWonder under the Maltese flag. For a week rental of the vessel head of the parliamentary committee on the disabled and veterans, as well as a member of the Intergovernmental Group on cooperation with France through an offshore registered in the British Virgin Islands company Advanced Profile LTD Alexander Tretyakov paid 135 thousand. Euro.
Of these, 25 thousand. Per week spent on livelihood of the deputy, his guests and crew. On the day it is about 3500 euros. Or 101.5 thousand. UAH. at the rate of 29 UAH. / euro. It is about 60 average monthly pensions in Ukraine (is about 1700 UAH. Per month). 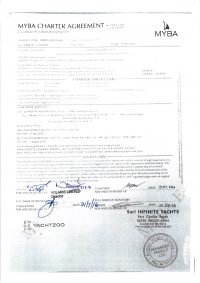 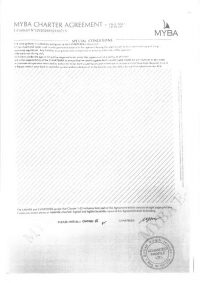 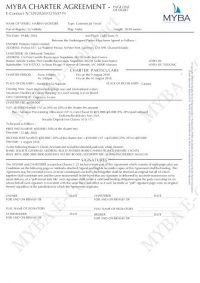 “The perfect combination of performance and luxury” – with these words accompanied by a description of the rented yacht Alexander Tretyakov. On it, in addition to 7 crew members, can accommodate 11 guests. Reside they are offered in 5 rooms, including, in particular furnished with chic room “master suite.” There is on board and a private gym with fitness equipment. Low-speed boat – cruising speed 12 knots, maximum – 17 knots (it is only about 30 kilometers per hour). On MarinaWonder deck except lounges for sunbathing, a jacuzzi. If desired, for guests organized trips underwater.

According MarineTraffic site, the ship at the time when his rented Tretyakov or the people cruising between the French Port of Napoule and Cannes. In addition, according to the site of delivery of yachts for rent, yacht delivery places can also be Saint-Tropez, the ports of Liguria and other Mediterranean resorts, have chosen in recent years Ukrainian elite.
According to the documents, which were in the editorial office, the payment from the accounts of offshore companies AdvancedProfile LTD carried out in two installments: 50 thousand Euros to go to sea, and the rest – on the ship.. This 5 thousand euros -. It is cash that is likely to go as a tip command. The declaration Tretyakov such companies do not. Identification of the treaty was due to the fact that the lessor Tretyakov have my own behalf, and not an offshore company, which “pays for a banquet.”

The absence of the declaration of an asset or its maintenance, as well as other rights other than the rights of ownership, for expensive goods and transport materials- direct hit at best, under penalties, and at worst – to two years in prison.
It will show whether Alexander Tretyakov, this lease in the new declaration – already for the year 2016 – is unclear, because it does not like publicity. If this does not happen, the credibility of information disseminated by people’s deputies have to put at least two structures – NABU and NAPC.
Meanwhile, Alexander Tretyakov in informal communication with colleagues in parliament began to boast that is about to acquire a new yacht. Will this beauty MarinaWonder – unknown. But there is no doubt that the new plavsredstvonardep be used exclusively for the benefit of Ukrainian veterans and the disabled. Well, sometimes to strengthen Ukrainian-French friendship. 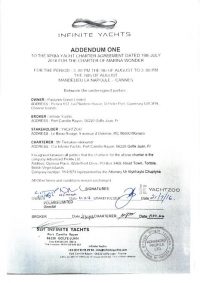 The information was taken from: ord-ua.com/2016/12/08/prozhorlivoe-bryushko/