Home › News › How does the Military Prosecutor’s Office battle corruption

How does the Military Prosecutor’s Office battle corruption

For the last years activities of Ukraine Military Prosecutor’s Office of Central region intensified drastically. A dozen of solved high profile cases, several arrests of high-ranking government officials, intense combat with Ukrainian corruption…and it all turned out to be falsehood and a total sham! There’s only one explanation to that – corruption was never undone, it simply was relocated to military prosecutor’s office environment.

There’s a man named Mr. Nedobytkiv Oleksandr Antonovych. He once had the whole hero-city Sevastopol at his disposal. Quite a curious guy he was – a former head of Emergencies Ministry and on tops of that a corrupt official and an extortionist. In his profit-frenzy he accidentally overstepped the line in 2011 and gave himself away while extorting money, fuel and lubricants. All of that made him face criminal trial.

As it is said, termination of investigation and Mr. Nedobytkov’s further reinstatement was worth one million dollars. Another million dollars, given to Mr. Yanukovich in January 2014 made our man a Deputy head of Ukrainian national Emergencies Service. But soon Mr. Nedobytkov’s luck ran out again and on May 14th 2014, director of a private profit corporation gave him a bribe right at his office. This bribe was intended for facilitation of entrepreneurial activities performance, namely – signing Commissioning notes for fire-protection systems at Lutsk city shopping and leisure center.

Value in dispute was not less than one million hryvnas. A fair share of which was presented to Military Prosecutor’s Office of Ukraine in Central region. And today we may see our esteemed Mr. Nedobitkov on the streets of Sevastopol. Probably looking for money to completely bribe his way out of this one.

Right after Mr. Nedobytkov, Ukrainian Military Prosecutor’s office had found themselves some new “milking cows”: quite famous persons in Ukraine (as well as at Swiss Banks), Mr. Bochkovskyi and Mr. Stoyetskyi.

Bochkovskyi Sergii Stanislavovych came a long way from district fire department inspector to Head of State Emergencies service of Ukraine. His greed and itch for money became his downfall. Sergii Stanislavovych started burning away his powers, most probably forgetting to share with his “fellows”.

His deputy – Stoyetskyi Vasylii Fedorovych also tried to keep up with his boss. 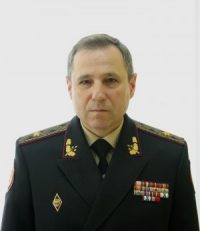 On May 25th 2015, Mr.Bochkovskyi and Mr. Stoyetskyi were apprehended during the session of Cabinet Council of Ukraine. John Herbst, a former US Ambassador in Ukraine, said: “Public arrests of high-ranking Ukrainian officials are nothing more than “eye service” and are just a show”.

But there are more curiosities yet to come. Both of them received strictest pre-trial restrictions – detention in custody with bail amount 40000$ each!

Bail money was immediately paid and the suspects were set free. Now they are digging up money for closing their cases. And it’s worth mentioning that they have a lot to dig from: offshore accounts, land plots, luxury vehicles and a big pile of useful information for prosecutor’s office personnel.

Corruption spreads throughout Ukraine since the moment of receiving independence and constantly feeds on tight relations between politics and magnates, as well as on weak justice system. Protests of 2014 which led to ouster of President Yanukovich, were fueled by public anger against immense corruption and widespread power abuse. Alas, collapse of Yanukovich’s regime had no desired effect.

The named people are only a few persons we wanted to highlight, but you can look through the news and personally see the cases currently processed by Military Prosecutor’s office of Ukraine in Central region and favorites of these so-called anti-corruption activities…

When will this end? When the long-expected changes will occur? When justice will stop being served or not served selectively? There are no answers for those questions yet…