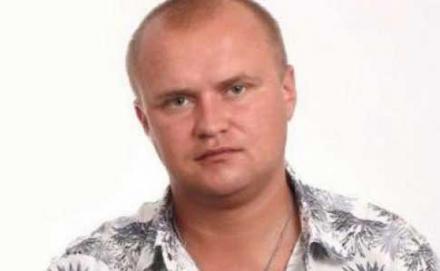 The “beggar” general of the SBU allegedly lives in the hostel of the department, but his civil wife and children own a country estate and a fleet of expensive cars.

According to the declaration for 2015, the first deputy head of the Security Service, headed by the General Directorate for Combating Corruption and Organized Crime, Pavel Demchina, officially resides in the SBU departmental hostel, without any home, car or savings.

At the same time, according to SlidstvoInfo, the civil spouse and mother of his three children – 35-year-old Olga Volovchuk – is the owner of elite cars and lives in a luxurious country estate.

On the territory of the estate on Petropavlovskaya Borshchagovka, where Volovchuk dwells, in addition to a large 2-storey building, there is also an economic building, an indoor swimming pool and a gazebo. Similar objects in this area cost up to 10 million hryvnia.

At the same time, the house does not appear in the public real estate registry, it is almost impossible to officially establish its owner.

Confirm that the family of Pavel Demchina lives exactly in this estate, helped the niece of Olga Volovchuk. A girl named Julia studies in Kiev and is officially registered in the hostel. However, on its pages in social networks there are a lot of photos made exactly in the estate where Olga Volovchuk lives.

Demchin himself, who was noticed at the same mansion, categorically denies involvement in the property: “Tell me, please, is this your home?” “No.” “And what are you doing there?” “I visit him periodically.” “And who exactly are you visiting there?” ” There live my children, let’s say so. ”

Volovchuk also owns a land plot, located near their family estate in Petropavlovskaya Borshchagovka, where construction is actively conducted.

Over the past few years, the mother of Demchina – pensioner Nina Demchina – has become the owner of a 3-room apartment in a new building in Kiev and a house for 170 square meters. In the suburb of the regional center.

No official sources of income that would allow to buy elite cars and real estate, neither the general nor his mother could find. The journalists did not receive an answer to the request to explain the origin of the family’s condition.

In the media, Major-General Demchin is called close to the presidential favorite, Igor Kononenko, and “looking” for the SBU from the party of power.

As noted by the deputy of the BCP Sergei Leshchenko, Demchin was associated with the “nut mafia”, which forces the SBU blocks the export of Ukrainian walnut to Europe, demanding “kickbacks.”

Also at the end of 2016, the SBU suspected of financing of terrorism two companies that import raw materials to Ukraine, on the grounds that 16 traders of liquefied gas were blocked at once. According to Leshchenko, thus the SBU tried to clean up the market for individual firms. In particular, it sent a letter to the Ministry of Economic Development with a demand to impose sanctions on the largest importers, signed by the first deputy chairman of the SBU.

“The submission from the SBU – signed by Pavel Demchin, he personally controlled the entire process,” – notes Leshchenko.

Earlier, the media reported that firms that started importing large amounts of liquefied gas from Russia after the SBU initiated the application of sanctions to 16 other importing companies are connected with Viktor Medvedchuk, and also have an indirect relationship to the Roshen confectionery corporation.

On February 6, the Ministry of Economic Development and Trade prohibited from March 18 this year the import of liquefied gas to 16 large Ukrainian companies and 8 non-resident companies.

The information was taken from: http://crime-ua.com/news/20170309/demchina